For years churches, schools and their called workers have struggled to make sense of the official WELS salary matrix. At this year’s synod convention that all changed. The delegates approved the use of a new tool called the Called Worker Compensation Calculator. It’s really rather simple…which is the whole point. Someone can visit the calculator site at

and after entering information, see the recommended salary range for any given called worker. The calculator fields include: Name, Sex, Years of Service, Position, Year, COLA, Housing Allowance, Health Insurance, Sec 105 Employer Contribution, Long Term Disability, Accidental Death & Dismemberment, Education, Responsibilities, and Other (where you can add your own components in). Once the data has been entered it provides a nicely formatted print out of the total compensation for a called worker. This can be used as a guideline, or a worksheet from which to begin compensation discussions.

In an effort to make it even easier to use, most fields have an information icon that can clicked on to learn more about that compensation component. “Smart fields” are also built into the form to give warnings when numbers entered don’t seem to make sense…for instance entering a monthly housing allowance number rather than an annual one. The calculator does all the addition, subtraction, multiplication and division for you, but “shows it’s work” so you know how all the numbers were arrived at. Finally there is an FAQ (Frequently Asked Questions) section that gives some of the rational for some of the recommendations and calculations. It should be a great tool for anybody responsible for or interested in the compensation process.

This mobile-friendly calculator will be improved upon over time based on feedback. Give it a try and tell us what you think! See a demo video below for a quick walk through. 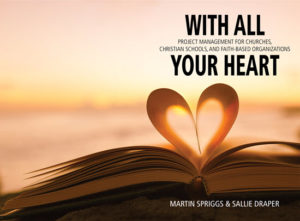